This website uses data from the 2010, 2015, 2017 general elections and recent by-elections, polling and local election results, as well as historical and local information if applicable. An example of "local information" would be when one party steps down to help another.

Tactical Vote (#TacticalVote), previously known as Tactical2017, is a progressive grassroots campaign that encourages the British electorate to vote tactically in the general election in order to kick the Tories out of government. We’re encouraging the millions of voters who voted for progressive parties in 2015 and 2017 to use your vote tactically this time around by uniting with, and voting for, the progressive candidate in your constituency who has the best chance to defeat the local Tory candidate.

We’re asking you to put party loyalties to one side and focus on the bigger picture and the consequences of five more years of a Tory government in Britain.

Already we’ve seen £22bn of unnecessary, ideological cuts to the NHS bring our health service to its knees, with 91 GP surgeries being forced to close in 2016 from a lack of funding and resources. 1 in 8 working Britons now live in poverty, with food bank usage in areas where the government’s inhumane welfare reforms have been introduced up by 16.85%. We’ve seen a real-terms wage drop of 10%, an explosion in the use of exploitative zero-hours contracts, and the most unaffordable house prices in history. All the while, Britain’s ultra-rich have received £4.4bn of tax breaks, taken from cuts to Personal Independence Payments for the disabled. All this from a party that claims to be the party of economic responsibility, while simultaneously creating more debt than every Labour government in history combined.

The UK’s antiquated First Past The Post electoral system means that opposition to the Tories spread across several parties is not enough to remove them from office. Our only option is to unite and vote with our heads, not our hearts, to unseat Conservative MPs across the country.

This will only succeed if we work together and unite. TacticalVote has already been shared tens of thousands of times and received national media attention, but we still need to do more to get our message across to every voter in the country.

The Tactical Vote team is made up of the following core volunteers:

We are not affiliated with any political party. We are not financed by anyone but public donations.

Our sole aim is to prevent the Conservatives from winning a majority in the next election. We all work for free and give up our spare time to do everything we can to make this happen. If you'd like to get involved click here. If you have any questions see our FAQ.

To find out more about us, check out some of our press coverage... 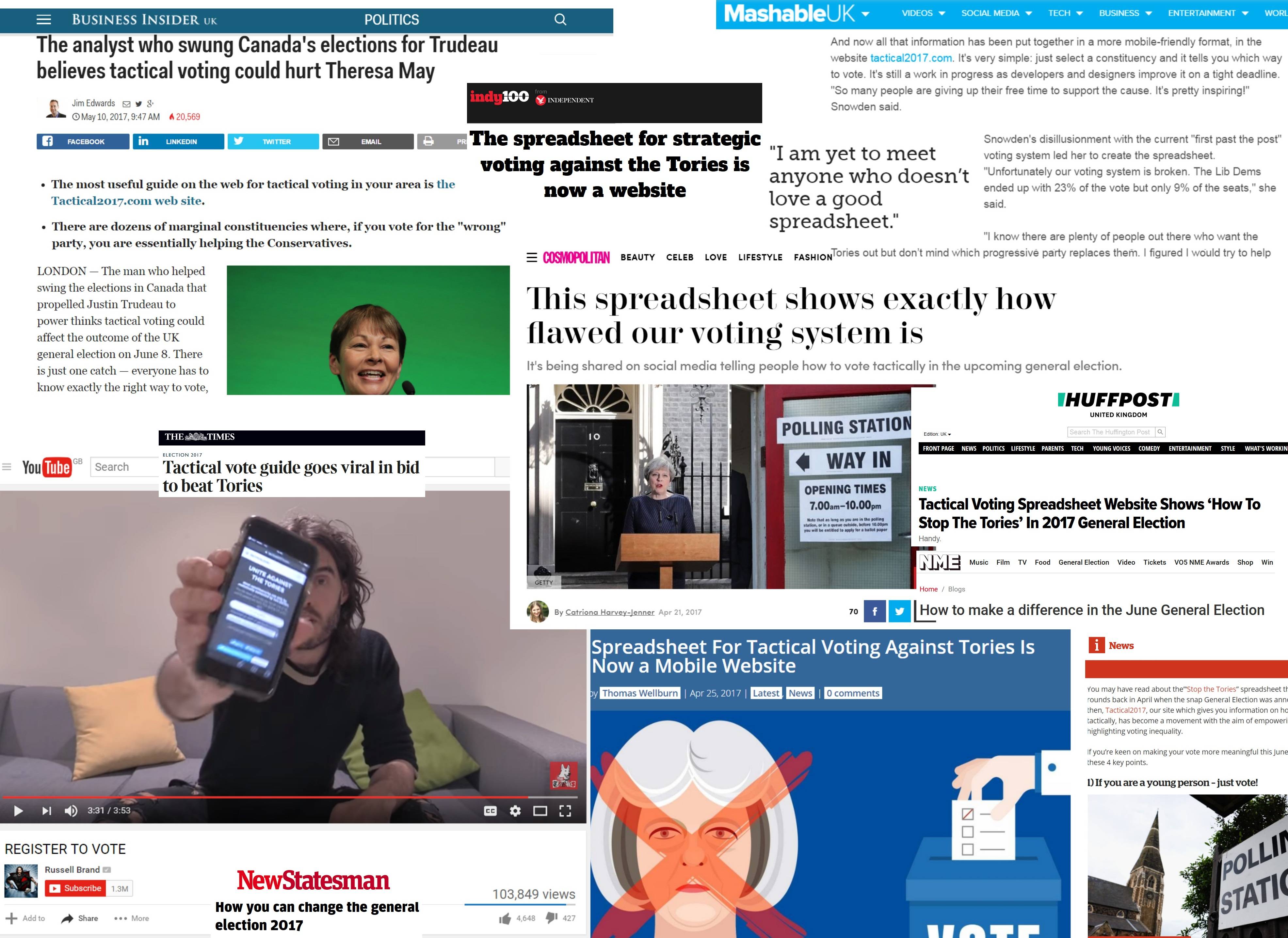